While the majority of business or commercial lending in the U.S. is done by banks, credit unions have been an important supplier of business credit to members who perhaps would not have received it elsewhere. This became particularly evident during the most recent financial crisis. Commercial loans at banks decreased 13% between year-end 2007 and 2010 while member business loans at credit unions increased by 41%. That included a 63% increase in SBA loans.1

Given those statistics, it isn’t surprising that the NCUA felt the need to modernize its policies, which it did last year (JRN 34:14). As a result of the modernization, we now have commercial loans, which are different, but not mutually exclusive from member business loans (MBLs). And, when we compare business loans from year-end 2017 to year-end 2016 (as we do on page 7 of this issue), we are no longer comparing apples to apples. The chart below gives a “very” superficial view of the differences.

Today, roughly one-third of the nation’s credit unions offer commercial loans (as defined).  That’s up from 24% at year-end 2007 (pre-crisis). And the volume has grown as well (see charts). As a percent of total assets, however, they have a long way to go. Member Business Loans accounted for 3.5% of total assets in 2007, at year-end 2017 commercial loans still represented under 5% (4.9%).

In addition to providing credit to members and small business owners who otherwise may not have access, any loans (when properly underwritten) can prove very useful.

For most of the credit unions on page 7 and this week’s supplement, that is exactly what they are doing. The glaring exception of course is Zero-Star Melrose Credit Union, Briarwood, NY which has a high concentration of taxi medallion loans, as does  ***Progressive Credit Union, New York, NY.

We’ve reported on this before (JRN 33:33, 34:14). As you can see, both credit unions are working hard to reduce their reliance on these once highly desired, but now toxic loans. Melrose Credit Union has been critically undercapitalized since September 30, 2017, though. It is highly unlikely it can survive.

Progressive C.U. has a much better chance of weathering the “Uber” storm as it still has a decent capital cushion, but that cushion has been shrinking at a rapid pace. It must offload more of those bad loans, and it must do so fairly quickly. 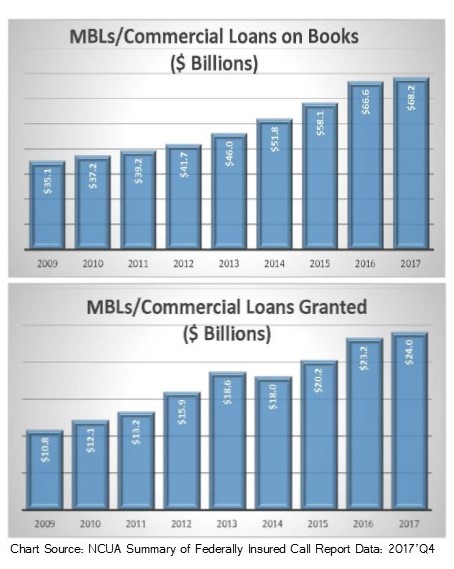