Based on a recent report from the Federal Reserve Bank of New York, mortgage balances were essentially unchanged from September 30, 2018 to year-end and home equity lines of credit (HELOCs) have been on a downward trend since 2009. In fact, at $412 billion, HELOCs are now at there lowest level in 14 years.

However, after increasing $26 billion in the fourth quarter, credit card balances have again reached their 2008 peak of $870 billion. The aggregate credit card limit also rose, – for the 24th consecutive quarter. In addition, student loan balances increased by $15 billion and auto loans increased $9 billion.

While household debt is at levels never before seen in this country, delinquency rates remain relatively steady at 4.7%. Of that, about two-thirds is seriously delinquent (at least 90 days past due).

There are several red flags to be aware of here:

One thing we found particularly disconcerting, however, was how much debt our seniors are taking on. Over the past 15 years, debt at households of the 70 plus age group has been steadily rising, as is the 60-69 age group.

Part of the large debt share for seniors is HELOCs. This makes sense, as they tap into the equity of their house for home repairs or medical expenses. Seniors also have a higher share of their debt in credit cards than younger adults and are least likely to fall into serious delinquency.

Note on the second graph that, during the Great Recession, delinquencies hit their peak nearly two years after household debt peaked. That’s something we will continue to monitor. 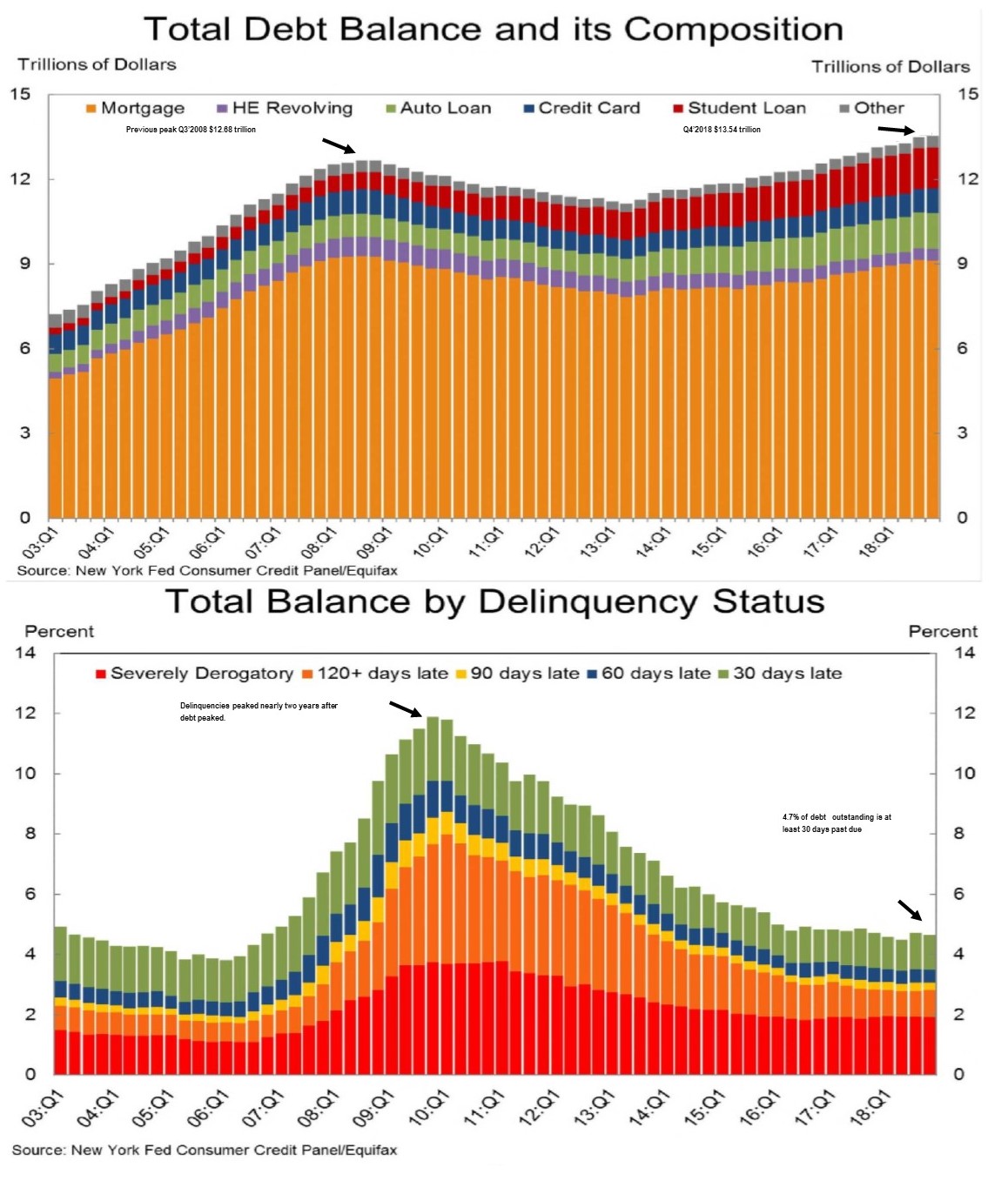 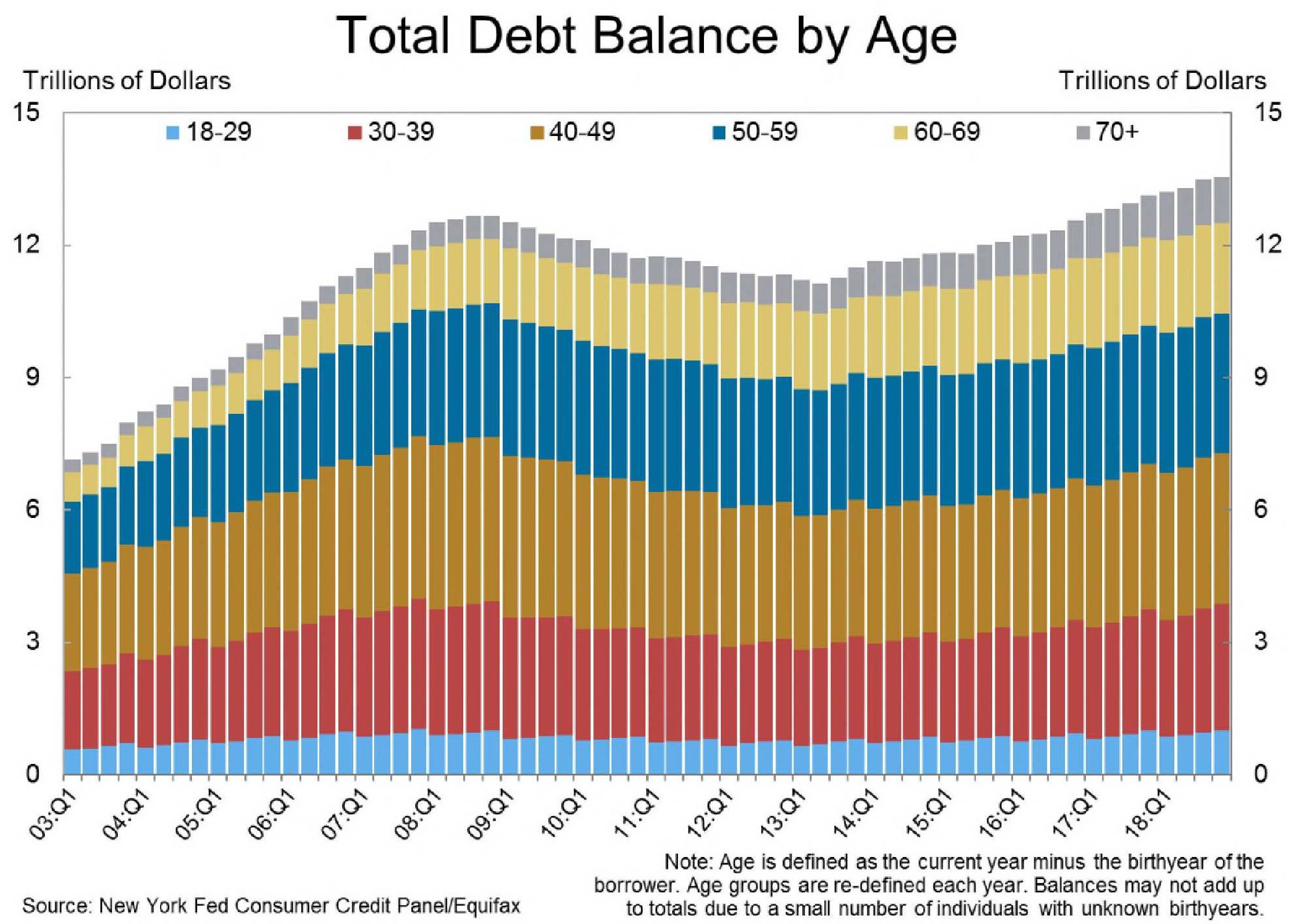 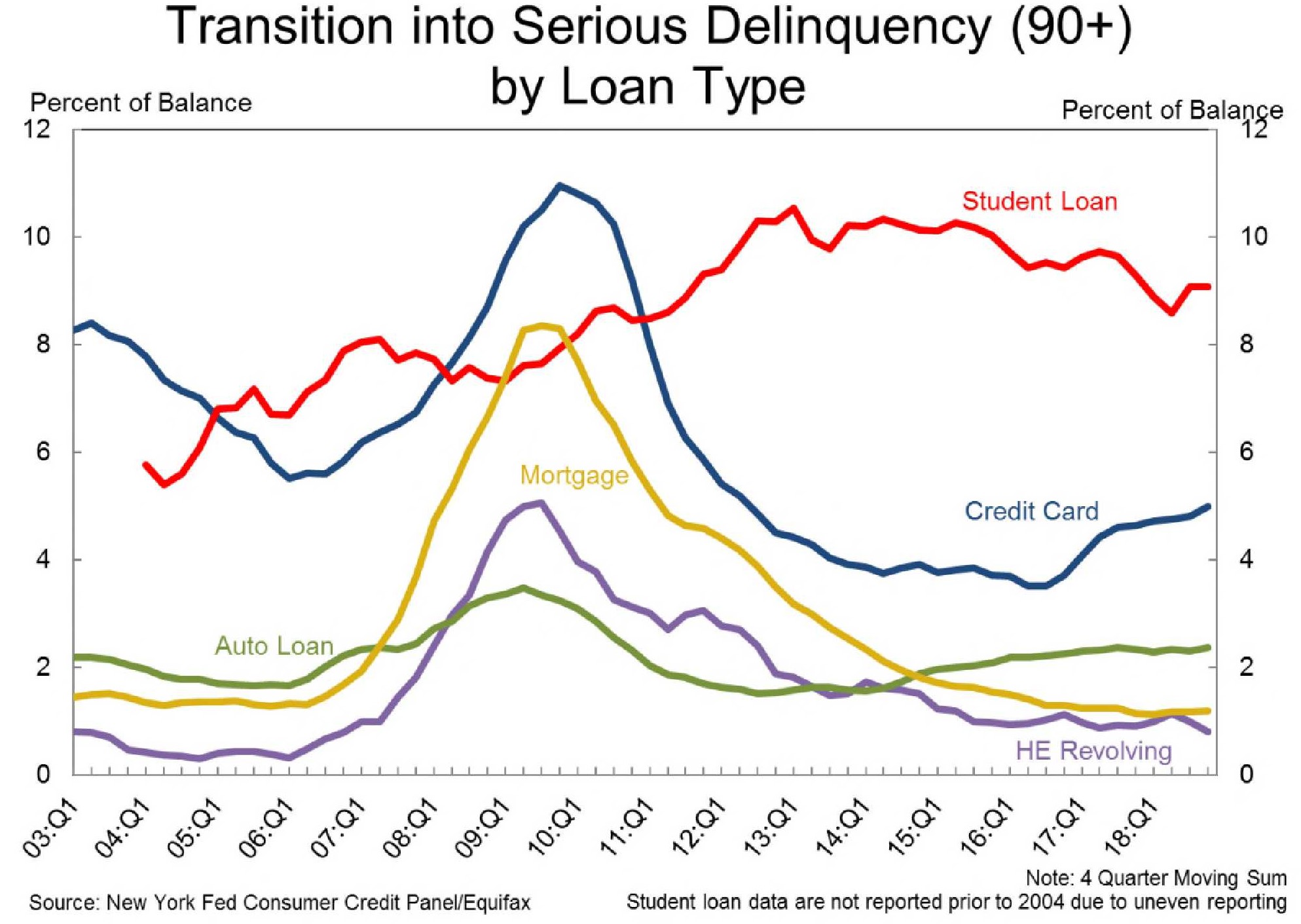 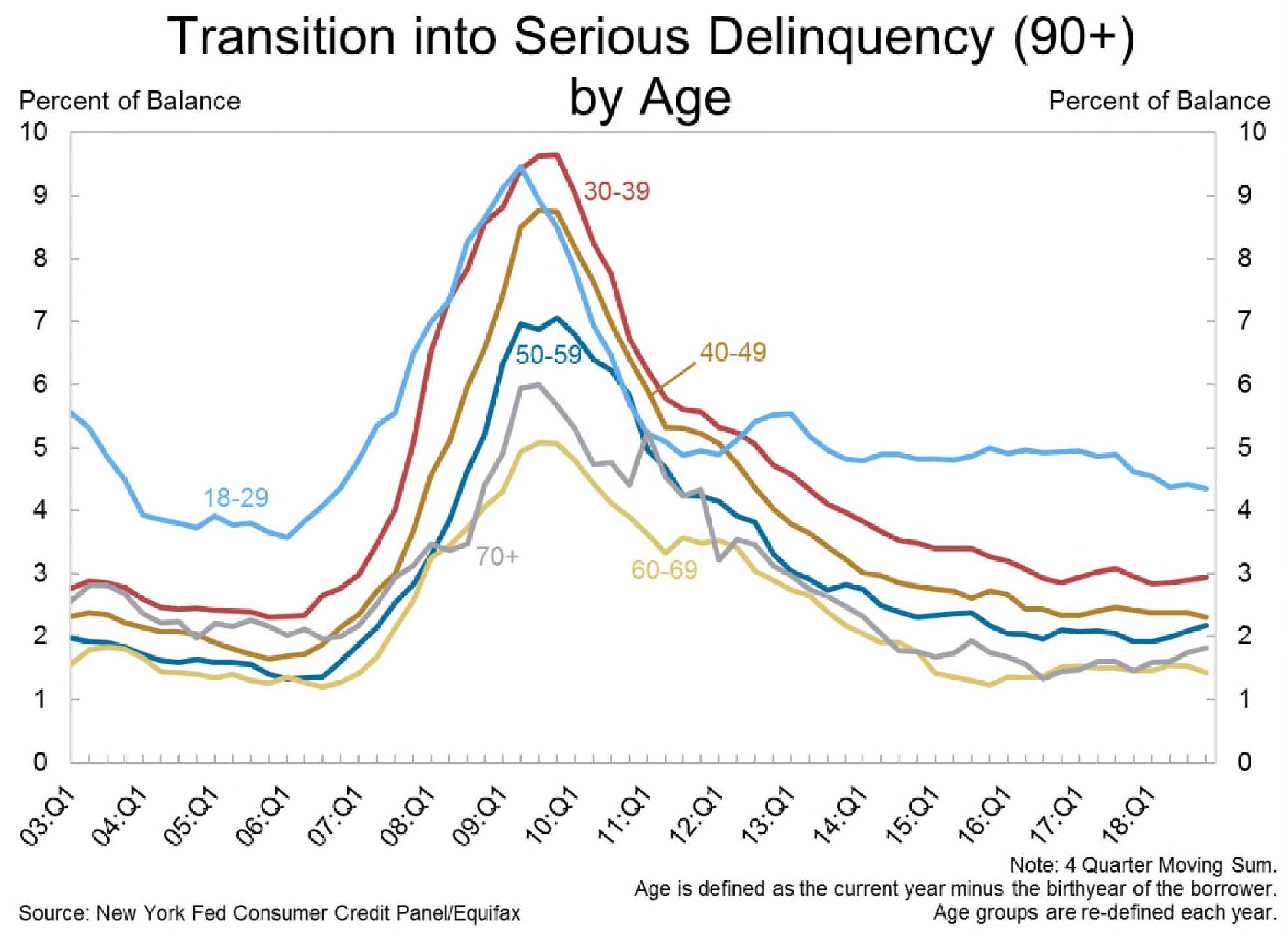 Read the full report on the FRB NY’s blog.