Bank Branches Left When Needed the Most

Almost half of counties across the country gained, or at least maintained, the number of branches operating there between 2012 and 2017. Sound positive? It's not. That means that over half of U.S. counties lost branches. Some, particularly in rural locations, were "deeply affected". This is based on a Federal Reserve Report last month entitled "Perspectives from Main Street: Bank Branch Access in Rural Communities".

Deeply affected, according to this report, indicates the county had ten or fewer bank branches in 2012 and lost at least half of them prior to the end of 2017. Also, according to the report, the rural communities that were "deeply affected" tended to be poorer, less educated, and have a larger proportion of African American residents than other rural communities. Another common subset was the elderly.

These groups are less likely to be among the growing number of people adopting online or mobile banking. And, the lack of banking options doesn't just harm individuals, it affects the whole community. Most small business still prefer to use local bank branches. Fewer banks may lead to fewer small businesses which can harm the community in a number of ways.

Of course lending and savings opportunities are lost, but  there are other things that may be less obvious. Things like employment opportunities, civic leadership and local charitable giving, things that are desperately needed in these communities. But that's not all, payday lenders, check cashing companies and prepaid cards are becoming increasingly common in these areas as a means to handle emergency expenses. As we've noted before, some of these alternatives can be very expensive.

Members of The Board of Governors of the Federal Reserve Board understand that the economic and financial well-being of ALL consumers and ALL communities is vital to the overall health of U.S. economy. Therefore, finding a viable solution for  areas that are underserved by banks, particularly in lower income areas that lack public transportation systems, has been rising in importance. Remember, the Community Reinvestment Act (CRA) only applies to the needs in areas that a bank serves. If no banks are left serving these communities, they will find themselves lacking much more than just a bank. 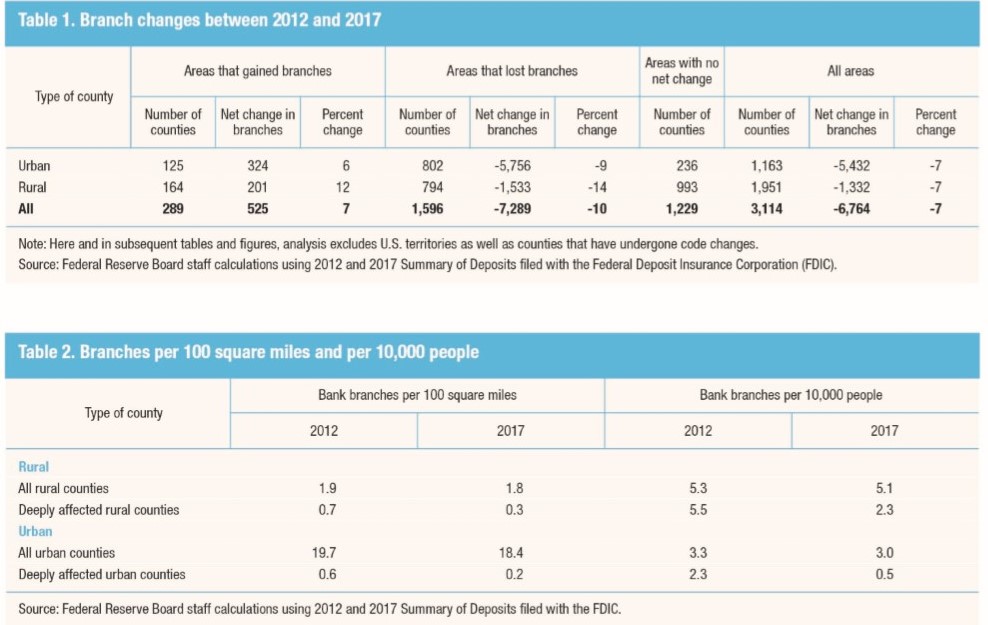