First quarter credit union data was released so late that we feel like we just did this, but it actually was two months ago. Second quarter data has not revealed any real surprises. As of June 30, 2020, NCUA reports there are 5,164 federally-insured credit unions with 122.3 million members.

Assets increased to $1.75 trillion, up from $1.64 trillion the previous quarter. The majority of the  increase was in cash (and equivalents) which were up a staggering 78% from a year ago. Total loans, while up 6.6% from a year ago, remained stagnant at $1.1 trillion from the first quarter 2020. 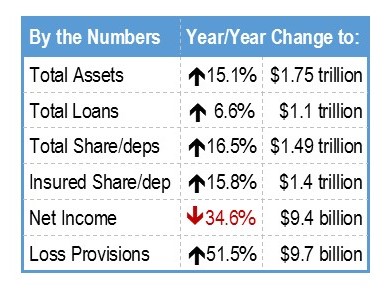 C.U. members began paying down credit card balances, which are now $1.5 billion lower than a year ago and auto loans are at a stand still. The increase in loans appears to be a byproduct of low interest rates on single family homes. 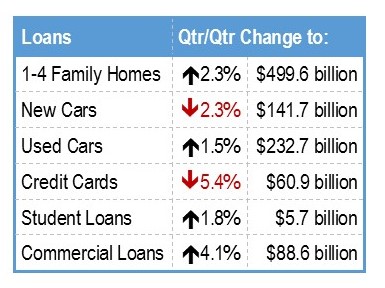