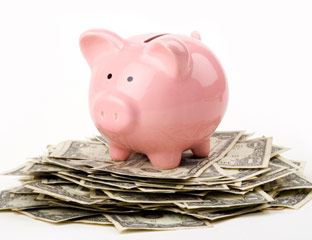 No commissions, no middle-man, just you and the bank.

July 11, 2022: As we know (all too well) banks raise interest rates on loans well before doing so on deposits. Because of that, we expect to see increased profits and interest margins in second quarter bank call reports. Third quarter could be another story altogether. 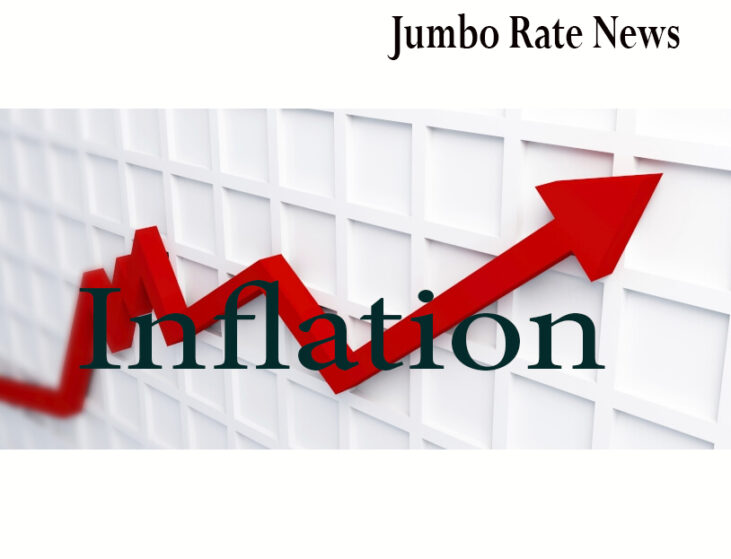 Jumbo Rate News subscribers have already begun to see an upward move in deposit interest rates. That should have a much larger effect by the end of September as more banks climb on board. As they do so, we will continue to analyze the impact rising rates have on both net interest margins (NIM) and overall liquidity. There can be substantial fluctuations in these measures due to each bank’s business model and size.

In its Quarterly Banking Profile for the first quarter, the FDIC reported that the industry NIM of 2.54% was down 1 basis point from year-end ’21 and well below the pre-pandemic average of 3.25%. That, as the cost of deposits was at a record low of 0.16% at March 31, 2022. This is about to change.

As always, banks designated as credit card banks reported the highest NIM (10.68%) at March 31st. International Banks typically fall at the bottom of the NIM range as do other banks with assets exceeding $1 billion. First quarter 2022 was no different. The average NIMs on these groups calculated to 1.92% and 2.14%, respectively.

Mortgage lenders had the next lowest NIM at 2.25% as droves of consumers took advantage of low refinance and purchase rates. If not managed properly, these long-term loans could come back to haunt some banks. With higher capital levels and tighter regulations, we don’t anticipate any immediate concerns. That being said, every cycle is unique and it has literally been decades since rates have risen so rapidly.

The NIM is a biggie, but it is not the only place stress fractures can appear. The loan to deposit ratio (LTD) plays a vital role in how rate swings affect a bank. When loans earn more than the cost of deposits, a higher LTD is great. However, as the pendulum swings in the other direction, a high LTD can bring rise to negative consequences. Again, this also depends largely on the bank’s business model.

Aside from most credit card banks, Bauer typically considers an optimal LTD to be between 80%-90%. As a general rule, a bank lending at this level is lending sufficiently to meet the needs of its community but not so much that will be unable to meet its other obligations, even in the event of a change in the interest rate environment.

Because credit cards have higher interest rates than most other loans, banks that specialize in credit cards can (and usually do) have much higher LTDs... and they are more profitable because of it. But there are only eleven banks characterized specifically as credit card banks.

As we have demonstrated, the NIM and LTD go hand-in-hand. But there are many other factors to consider when rates are changing rapidly. Two that are always at the forefront are:

These can be “make-it or break-it” questions in the best of times, but especially in times of stress.
Fortunately, the nation’s banks are currently quite strong. The industrywide leverage capital ratio (CR) at March 31st was 8.67%, while total and tier-1 risk-based CRs were 15.04% and 13.74%, respectively. Noncurrent assets plus other real estate owned (OREO) is just 0.44% of total assets.

Removing the Big Banks from the equation, the leverage CR at the nation’s community banks is 10.14% and the ratio of noncurrent assets + OREO is only 0.38%. We are definitely starting from a position of strength.

For more information on problematic banks, all banks rated 2-Stars or below by Bauer can be found on Bauer’s Troubled and Problematic Bank Report.

March 21, 2022: You have probably already heard that the Federal Reserve bumped interest rates up a quarter point on Wednesday (3/16/22). You may have also discerned that we are looking at as many as six more boosts this year. Since the Fed’s Open Market Committee (FOMC) only has six more meetings scheduled in 2022, that would indicate at least a quarter point hike at each meeting.

But we have our eyes on James Bullard, President of the Federal Reserve Bank of St. Louis, and a rotating voting member of the FOMC. Bullard was the lone dissenter in this latest vote, believing we should have seen a half point jump instead of a quarter point. That would have brought the Fed Funds target to between 0.5% and 0.75% (instead of 0.25% and 0.5%). 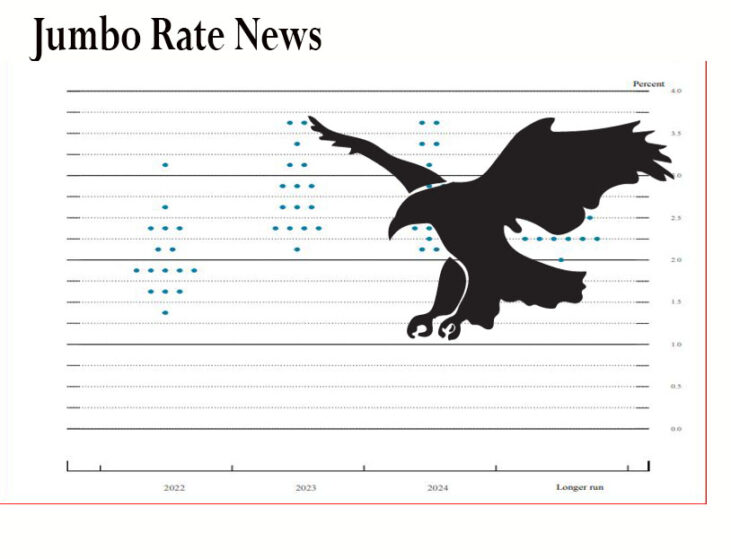 This is not the first time we’ve seen Bullard dissent. In June of 2019 (JRN 36:24) we wrote, “for the first time under his leadership, Powell failed to arrive at a full consensus”. At that time, Bullard was pushing for a quarter point cut. Powell et al decided instead to leave the target Fed Funds rate unchanged (at between 2.25% & 2.5%).

The fact that Bullard wanted to cut rates before the rest of the Fed members is telling as he is considered to be the most “hawkish” member of the FOMC. Hawks, as a rule, tend to want tighter monetary policy (higher rates). He may have just been ahead of the curve. Or, Powell may have wanted to assert his independence from POTUS, as the white house was making it very clear it wanted a rate cut.

In either case, the following three meetings each ended with quarter point cuts. The Fed Funds target then remained unchanged through the following two meetings which spanned a four month period. But then…

The pandemic hit (March 2020) and two emergency meetings later, the Fed Funds rate was brought down a full point and a half, to near zero (between 0% and 0.25%). And that is where it remained, until now.

The dot plot, a graphical prediction of where rates will likely end up this year and in coming years, is where Bullard’s hawkishness does stand out. Out of 16 predictions, his is the only one that ends 2022 above 3%.

Remember, these are only predictions. They are subject to change as other factors affect the economy. As for us, we would love to see CD rates start earning a higher rate than inflation, but that does not look like it will happen any time soon. In the meantime, banks are bloated with deposits and loan demand, which has been sluggish, is bound to slow even further as rates go up.

This deposit glut will keep CD rates subdued even as the Fed Funds rate goes up. 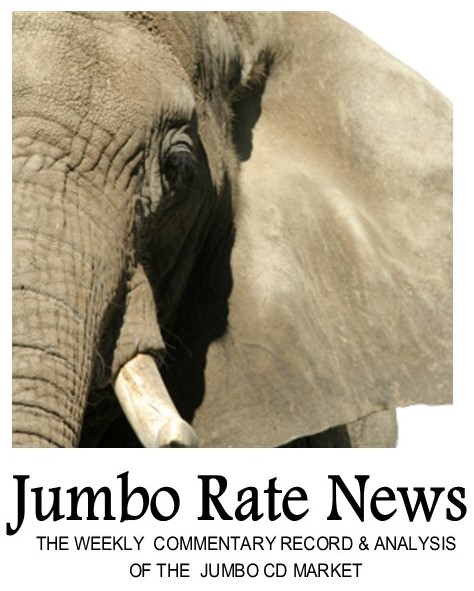 July 20, 2020: Total deposits in U.S. banks increased 8.5% ($1.2 Trillion) during the first quarter of 2020 and 13.3% for the 12 month period. With interest rates near zero, and much of the influx coming from PPP loans, which by nature will have a short shelf life, a good amount of the increase (about 1/3rd) was in non-interest bearing accounts. 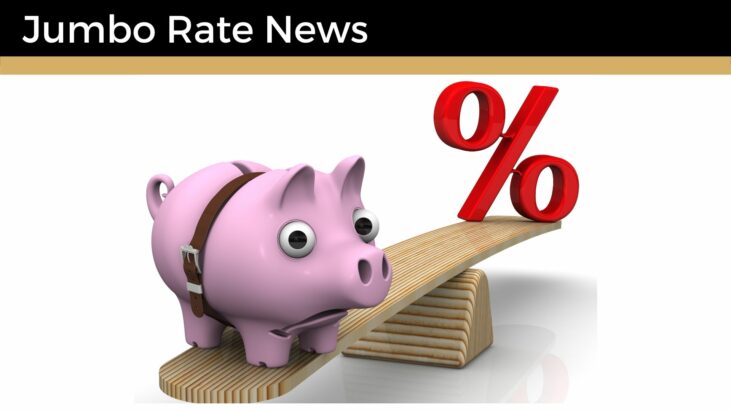 The other 2/3rds has no doubt contributed to a pinch in interest margins. According to the FDIC Quarterly Banking Profile, 45% of banks reported declines in their net interest income from a year earlier, yet the average net interest margin (NIM) dropped 29 basis points over the 12 month period (to 3.13%). With a 1% cap on PPP loan interest, that margin is apt to get squeezed even more over the coming quarters.

While we are in “Pandemic-Mode”:

Post-Pandemic, we will look forward to getting back to some sense of normalcy. The question of course, is how long will that take?

Newly established banks are expected to have rapid deposit (and asset) growth. It would be worrisome if they did not. However, we do want to draw your attention to one new bank: 3½-Star Piermont Bank, New York, NY has been making use of brokered deposits to grow. Piermont Bank bills itself as “A Different Kind of Bank”. It is. Owned and led by women, Piermont Bank caters to women-owned and minority-owned businesses. It caters to many other industries as well, including real estate, healthcare, manufacturing, the arts and more, but it is not as diversified as it sounds.

While the adverse conditions and stress we are all facing are no fault of the bank’s, commercial real estate can be risky in the best of times. Today, it is exponentially more so. In relying on expensive brokered deposits to fund these loans, Piermont Bank has an interest margin of just 1.82% (1.875% on earning assets) putting it in the bottom 2% of the industry. Remember the average is 3.13%. This bank may have to rethink its operating methods.

Bauer's Analytical Report provides a graphical representation of a bank (or credit union)'s loan portfolio as compared to that of its peers as well as capital ratios and a number of asset quality measures (see sample).